The pundits weren’t terribly impressed when the KC Chiefs defeated the Arizona Cardinals 26-14 at Arrowhead on Sunday — but thanks to the New England Patriots losing to the Tennessee Titans 34-10 over the weekend, the Chiefs returned to second place in our weekly aggregation of pundit power rankings. 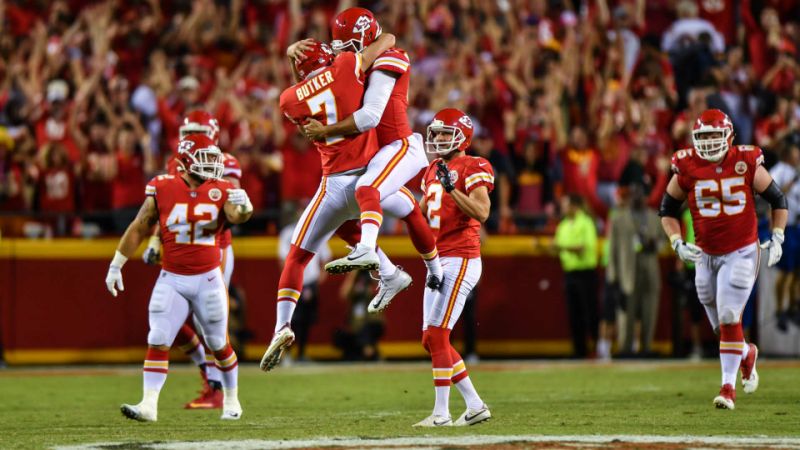 The Chiefs are tied for second with 31 sacks and a suddenly potent pass rush gives them reason for defensive optimism heading into next Monday night’s showdown against the Rams in Mexico City. One edge rusher, Dee Ford, is having a career season, while the other, Justin Houston, returned Sunday against the Cardinals after missing the previous four games because of a sore hamstring. Lineman Chris Jones has at least one sack in each of the past six games.

Sunday’s win against the Cardinals is the kind of performance you wanted to see from Kansas City. If you’re thinking, No, I wanted Patrick Mahomes to launch five touchdown passes, well, let me convince you otherwise. We’ve seen this offense go all-out track team plenty this season. What was needed in K.C.? More plays from the defense. That’s precisely what happened when Justin Houston came up with the clutch pick off a Josh Rosen screen pass. Discussing how he diagnosed the screen on SiriusXM NFL Radio, Houston said, “I just felt it.” So often, when people watch games on TV, they think players see the same visuals they do. Actually, defending the screen pass is often based on feel: how quickly the offensive linemen peel off, or how the quarterback is set up. Houston snuffed it out — and boy, was that a big play. The franchise linebacker set up Kansas City’s offense in Cards territory in a one-score game. Spencer Ware paid off the turnover with points a few plays later, and the Chiefs were cruising to 9-1.

It should come as no surprise that the top three teams in this week’s power rankings are the Saints, Chiefs, and Rams. Each of these teams has one loss, they’ve all been dominating opponents week after week, and their offenses are proving that they can almost always win. The exception is when they play each other, as the Saints and Rams did in Week 9 and as the Chiefs and Rams will do in Week 11.